Five years ago, Seattle Children’s was facing a crisis ...

Their healthcare costs showed no signs of slowing down. Even after multiple years of increasing by nearly 9%. They tried shifting costs. But every effort fell short. Not to mention the negative impact it made on their amazing employees.

They had to do something radical. And they did ...

Seattle Children’s took control of their healthcare costs by investing in their employees and their business by adding a high-quality near-site clinic, just steps away from the hospital. Five years after launch, here’s what they’re seeing:

Download Now: The Strategic Guide to Planning And Launching An On-Site Clinic

Making The Decision To Launch A Near-Site Clinic

Launching a near-site clinic wasn't Seattle Children’s first choice. In fact, they tried many other initiatives.

“One of the first initiatives we looked at was doing biometric screenings for employees with an outside firm, and using an outside agency to help us analyze that data and provide wellness initiatives, and telephone counseling,” says Tom Stoeckle. Stoeckle is the Director of Compensation Benefits at Seattle Children’s. But those early initiatives failed to engage their employees.

“What we found was that with telephonic coaching, people were not participating because the phone would ring at dinner time and they'd put the call off, or they wouldn't call back,” says Stoeckle.

Stoeckle and his team went back to the drawing board. They needed face-to-face interactions if they wanted to engage their employees. But who would provide that service?

They didn’t want to provide the care themselves for two reasons:

Getting Everyone On Board

Stoeckle and other HR administrators needed to convince the leadership team at Seattle Children’s that investing in an on- or near-site clinic was the best solution for their business, and their employees.

Leadership agreed and decided to launch a near-site clinic at the center of their benefit strategy.

“We estimated 25% of our employees would be engaged. We blew that away. People loved the clinic and used it. In fact, we had to add resources and staff, which was fine with us.” — Tom Stoeckle, Director of Compensation Benefits at Seattle Children’s

Seattle Children’s hit the ground running. High engagement demanded more resources, so they added additional staff and increased hours. After five years, Stoeckle estimates their net savings at around $15 million. The best part? They’ve invested that money directly back into their employees.

Here’s what their savings allowed them to do:

“We're seeing our claims trends drop. So, it's an inverse story of what everyone else is experiencing. Everybody is experiencing 7, 8, 9% increases, and we're holding flat or decreasing year over year, even though we're adding staff,” says Stoeckle.

But for Stoeckle, what’s compelling is the reaction of employees. “The relationship with Vera has been totally, absolutely positive. If we even thought about taking it away from our employees, we'd have a revolution on our hands because people love the clinic.”

Ready to take control of your healthcare costs? Get started by downloading our new eBook: The Strategic Guide to Planning And Launching An On-Site Clinic. 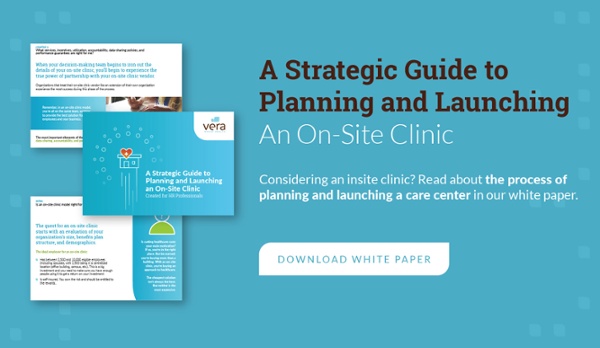 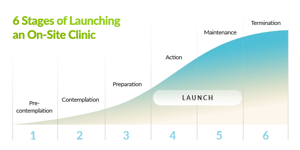 Launching An On-Site Clinic: It’s A Marathon, Not A Sprint 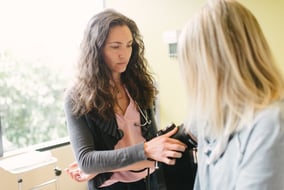 Q&A with Tom Stoeckle: Making The Shift to a Benefit Strategy 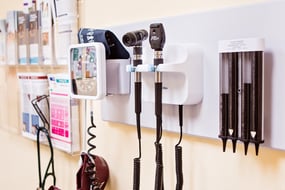 Healthcare And Your Bottom Line: Be A Destination Employer 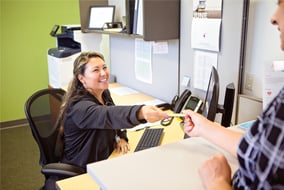