Improved transparency is the goal behind a new federal rule requiring hospitals to post pricing for treatments and services online. The new rule went into effect on January 1 but, as EBA reports, it’s not clear whether the mandate is helping.

“The rise of HSA-eligible plans has given employees more control over their healthcare dollars, but the success of this strategy has been stunted by limited price transparency.” — Will public hospital prices persuade employers to self-fund?, Employee Benefit Adviser (EBA)

Initial Value Of Transparency Is Comparison

According to EBA, lists “feature complicated medical billing codes and high sticker prices that don’t reflect insurer discounts. As a result, many in the industry have taken the position that these lists aren’t particularly useful.”

Experts argue the new pricing lists are a step in the right direction, even if they aren’t as digestible or clear as people hoped. And in their current form, they do offer employers an immediately tangible benefit: being able to compare the relationship between quality and cost among different hospitals.

“For now, the clearest value in this data may be demonstrating how widespread pricing and quality variation are,” says EBA.

For employers who have struggled with rising healthcare costs, seeing a variation may be a tipping point toward considering alternate strategies like self-funding. “The new cost data could lead more employers to see the value of self-funding, and ultimately even embrace strategies like direct contracting or reference-based pricing.”

Self-funding is the first step for employers who want to control healthcare costs. When Seattle Children’s went self-funded, they used access to their claims data to initiate wellness initiatives. These initiatives targeted their population’s most common issues, like high cholesterol and high blood pressure.

It was a step in the right direction. Even though Seattle Children's didn’t get the engagement they had hoped for, a self-funded plan provided the insight they needed to take the next step: investing in a near-site clinic.

With a near-site clinic, Seattle Children’s is reaping the benefits of full transparency. More important, patients are receiving the care they need at a highly accessible near-site clinic. And when necessary, immediate referrals to high-quality, low-cost, in-network specialists.

Tom Stoeckle, Director of Compensation and Benefits at Seattle Children's, describes going self-funded as a way around the system that’s plaguing employers across the country. Stoeckle says, “It’s almost a wholesale versus retail transaction, and we’re getting quality services for a lower cost.”

Find out how going self-funded may be the first step toward designing the perfect benefit strategy for your organization. Download our FREE white paper: Benefit Strategy Design: Solving An Impossible Task. 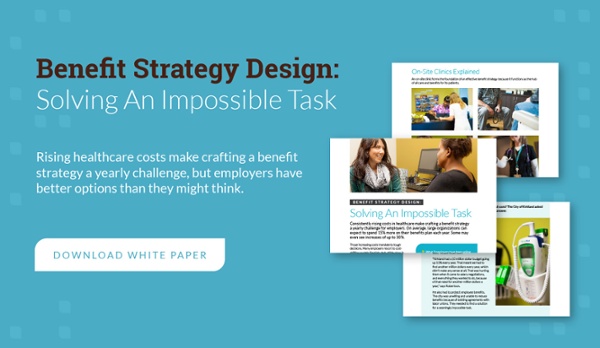 The Importance Of Evidence-Based Care

Vera Patient Testimonial: “This Experience Has Changed My Life” 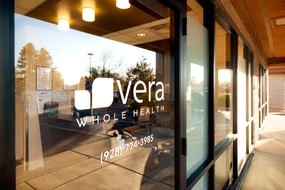 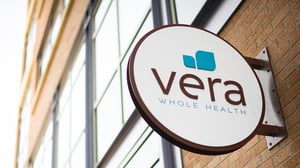 Ryan Schmid’s Healthcare Vision For The Next Decade 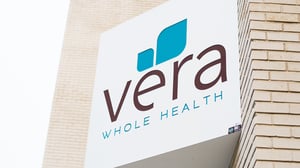