Vera Patient Testimonial: “This Experience Has Changed My Life”

Elizabeth has always led an active life. Living in northern Arizona, surrounded by majestic mountains and beautiful trails, physical activity is core to who she is. But more than that, Elizabeth loves to exercise — especially running. But all of that came crashing down in an instant.

“About 10 years ago,” Elizabeth shares, “I got in a car accident. Before then, I had run a lot. I used to love to run. But after the accident, I was out of commission for a while. I couldn't exercise. I've always loved to exercise.”

For 10 years, Elizabeth slowly worked her way back onto her feet. Over time, she was able to return to hiking. Even riding a bike. But running — the exercise she loved the most?

“I tried running again, and my left leg bothered me a lot. My ankle would fold over, and I kept re-injuring myself. I thought I’d never run again, and I missed it,” Elizabeth says.

Working for the Northern Arizona Public Employees Benefit Trust, Elizabeth had access to a Vera onsite clinic. She remembers going to the clinic for her annual biometric screening, but she always declined when asked if she wanted to see a health coach.

But her annual visit to the clinic this January was different .

“Is it even possible?”

“This year when they asked me if I wanted to see a coach, I paused. I wondered out loud what a coach could do for me. They told me a coach could help me try something new, anything I might be interested in doing. I immediately thought about running. Is it even possible?”

Elizabeth agreed to see a Vera health coach. She felt such a massive hope about the possibility of running again. Just the thought brought tears to her eyes. But she’d felt that hope before. And it had been shredded by all her previous attempts. Elizabeth feared another letdown.

And when the health coach asked her what she wanted to work on, Elizabeth hesitated to say it out loud. But she was eager. Elizabeth remembers finally just saying it, “I’d like to run again.”

“I wanted it so badly, but I was afraid.”

Elizabeth and her health coach talked through her desire to run again, what it might take, and how to approach it. Together they came up with a few achievable goals they felt good about:

Elizabeth accomplished each one. And she began meeting weekly with her physical therapist, who was located in the health clinic — in her office building. The physical therapist helped Elizabeth strengthen her hip flexors because they control the leg’s stability.

Throughout her training and therapy, Elizabeth couldn’t help but feel deep down inside that running would never be possible again.

“I wanted it so badly, but I was also afraid,” Elizabeth remembers. “There were a few weeks when I was seeing a physical therapist that I didn't know if it could happen or not. But I knew I had to keep showing up to my appointments.”

But Elizabeth’s hope — her dream of running again — was about to be tested.

“It was an amazing moment!”

Elizabeth knew this visit to physical therapy was going to be a big one. She knew this was the day she would get on the treadmill.

After two months of hard work and encouragement, navigating through her hope and fear of disappointment, this was the day she’d been waiting for. And not just since she’d made the decision to try running again. And not even since the day she’d started physical therapy.

Elizabeth had been waiting for this day for 10 long years, ever since the accident had robbed her of the ability to run.

“I ran that day,” Elizabeth remembers. “It was just for a couple of minutes on the treadmill. But I ran again! And my physical therapist had my health coach come down. We all hugged and cried together. It was an amazing moment!”

“It’s like I’d won the lottery, but never cashed in my ticket.”

Today, Elizabeth is still training. Now that’s she has seen she can run again, she and her health coach are setting the next level of small achievable goals — extending her run times on the treadmill.

Elizabeth says, “This experience has changed my life. I’m so glad I asked what a health coach could do for me. With Vera, for many years, it’s like I’d won the lottery, but never cashed in my tickets. There were so many free resources I had, but never used. I recommend health coaching, and all of Vera’s resources to anybody." 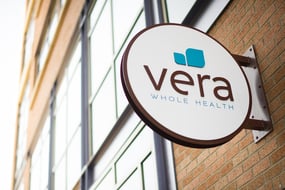 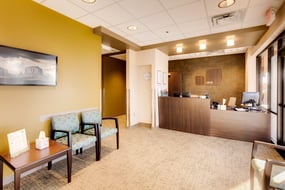 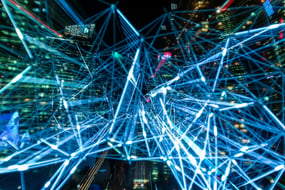 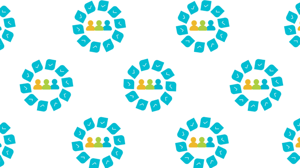 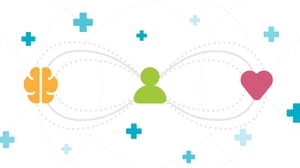 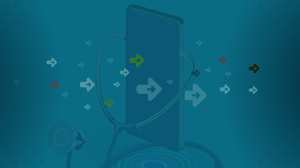